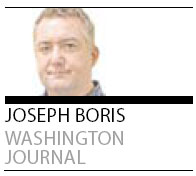 The impact of the Boston Marathon bombings is being felt in US politics, chiefly the decision by President Barack Obama's administration to treat the lone surviving suspect as a criminal defendant to be tried in a civilian court and not an "enemy combatant" in the war on terrorism.

Some Republicans in Congress have demanded the "combatant" designation for Dzhokhar Tsarnaev, the 19-year-old who on Monday - exactly one week after the blasts killed three people and wounded more than 200 - was formally charged by federal prosecutors.

The wounded suspect's Boston hospital room served as a makeshift court, with a US magistrate judge presiding as Tsarnaev was charged with conspiring to use a weapon of mass destruction against people and property, and use of an explosive device to destroy property. Each of the federal charges carries a maximum punishment of death by lethal injection.

Tsarnaev suffered serious injuries sometime between the April 15 bombings and his capture on Friday night and is unable to speak to a team of "high-value detainee" interrogators from various US government agencies. From his hospital bed, the suspect was using a notepad to answer interrogators' questions in writing.

Obama's chief spokesman made clear how Tsarnaev's case will be handled.

"He will not be treated as an enemy combatant," White House spokesman Jay Carney told reporters at a daily briefing. "We will prosecute this terrorist through a civilian system of justice."

Carney said a 2006 law bars US citizens from being tried by military commissions. That fate awaits foreign detainees at the US military base at Guantanamo Bay, Cuba, who American authorities say are being held on suspicion of involvement with or links to known terrorist networks.

"It is important to remember that since 9/11, we have used the federal court system to convict and incarcerate hundreds of terrorists," Carney said.

Tsarnaev became a naturalized citizen in 2012, a decade after the ethnic Chechen - he was born in Russia's region of Dagestan - and his family received political asylum to resettle in the United States to escape fighting between Islamic separatists and Russian-backed authorities in the war-torn Caucasus Mountains.

His 26-year-old brother, Tamerlan Tsarnaev, who was killed early Friday during a shootout with police from which Dzhokhar escaped, was a legal permanent US resident.

A six-month trip that Tamerlan took to Russia in 2012 is now a major focus of the marathon-bombing investigation. A year earlier, Russian authorities had alerted the US Federal Bureau of Investigation about the older brother's radical Islamic beliefs, and FBI agents interviewed him but found no evidence of involvement in terrorist activity, according to a bureau statement.

A Republican senator who is among those demanding that Tamerlan Tsarnaev be treated as an enemy combatant was quick to pounce on the White House move for criminal prosecution.

Senator Lindsey Graham of South Carolina said intelligence that could be gathered through his preferred course of action make the designation necessary.

"It is imperative that we have time with this suspect, not to prove his guilt or innocence - there's ample evidence of that - but to gather intelligence as to what he may know about terrorist organizations" or individuals who might be plotting attacks on the US, Graham told reporters in Washington.

"The evidence right now to me is ample and overwhelming to suggest that the attacks in Boston were inspired by radical jihadists and their ideology," he said. "I do not want to jeopardize any criminal defendants' rights to a fair trial."

On Saturday, Graham, along with two other senators and a congressman, issued a statement describing the Boston bombings as "an attempt to kill American citizens and terrorize a major American city". They said Tsarnaev, "based upon his actions, clearly is a good candidate for enemy-combatant status. We do not want this suspect to remain silent."

The Republicans, however, praised the Justice Department's decision to withhold for now, based on a "public safety exemption", a reading to Tsarnaev of his so-called Miranda rights, which guarantee the presence of a lawyer and protection against self-incrimination in answering investigators' questions.

The handling of Tsarnaev's case - even the question of whether the attacks fit the US government's definition of terrorism as an act meant to further political or social goals - has drawn opinions that don't break neatly along ideological lines, however.

"What I fear, though, is that people too quickly are going to categorize this as terrorism. This looks more to me like Columbine than it does like al Qaeda: two kids who radicalized between themselves in a closed circle and go out and commit murder. I would charge these guys as murderers, not terrorists," Philip Mudd, a former deputy director of the Central Intelligence Agency who later was a senior FBI official, said on "Fox News Sunday".

Also on Monday, remembrances continued for victims of the bombings. (A Massachusetts Institute of Technology campus police officer, Sean Collier, was killed in a later shootout with the Tsarnaev brothers, and a city transit police officer was wounded by the pair.)

The funeral of Krystle Campbell, 29, took place on Monday, a day after a Catholic Mass for 8-year-old Martin Richard. The third victim, 23-year-old Lu Lingzi of Shenyang, China, was to be remembered at a memorial service on Monday evening at Boston University, where she was a graduate student in actuarial science. The university has established a scholarship fund in Lu's name.