China's real estate market is so big that it can affect the global economy, and the country's regional and local government bond market play a major role in the national economy, said participants at a conference on China's property market.

Analysts in academia from across the globe reviewed that market on April 17 at New York University's Stern School of Business. It was sponsored by Stern's Center for Global Economy and Business and the Center for Real Estate Finance Research.

Based on size alone, China's real estate market can create ripples in not only its domestic economy, but the world as well, said Jennifer Carpenter, director of the Center for Global Economy and Business. An example of that size, she noted, is that the country has used more concrete in three and a half years than the United State has used in 100 years.

Carlos Garriega, a research officer at the Federal Reserve Bank of St. Louis, said China's urbanization program of moving millions of people from rural to the urban areas also has affected the country's property market. Garriega said in 1990 about 25 percent of the country's population lived in urban areas, and now it's up to 50 percent and growing. When you factor in that China has more than 1 billion people, the change is profound, he said.

As to whether there is a housing bubble happening or developing in China now, there may not be a clear cut answer, Garriega said: "A bubble is usually defined as a sustained pace of growth that is not supported by the fundamentals. Do we have that in China? Maybe and maybe not."

Assuming China hits its target of about 7 percent annual GDP growth, Joseph Gyourko of the University of Pennsylvania in Philadelphia, said the continuing movement from rural to urban areas should be enough to sustain growth in real estate.

In discussing risk in China's housing market, he dispelled what he said is a common misperception: "Most people think real estate prices only go up in China. That's not true. Prices went down during the financial crisis."

Since China does not levy property taxes, provincial and local governments use land sales to fund their operations. To help pay for infrastructure improvements, bonds issued by local-government financing vehicles (LGFVs) have exploded in popularity and also play a role in the nation's property market according to Jennie Bai, an assistant professor of finance at Georgetown University.

CTBs are popular in China because they are " guaranteed explicitly and implicitly by the central government," Bai said. 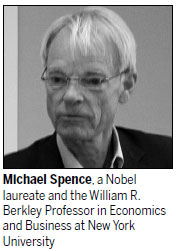 AIIB looks to be efficient, 'green'

Bridging cultures with laughter and song

China and the 2016
US election