Women are now taking over luxury shopping in China

Anti-corruption and austerity measures in China have created a drop in luxury gifting by major companies at home, paving the way for a new breed of financially independent female shoppers to pick up the slack in luxury spending, new reports indicate.

The country's luxury goods market dropped from 7 percent growth in 2012 to 2 percent last year, according to the 2013 China Luxury Goods Market Study. In part, that drop has been attributed to a shift in shopping behavior, with nearly two-thirds of luxury spending by Chinese buyers done abroad.

But government efforts to crack down on corruption in the form of heightened supervision and firmer punishment for bribery have also significantly impacted a range of "high-end segments" including Macau VIP business, restaurant profits and luxury watches, Goldman Sachs said in a report. Watches, which comprise one fifth of the total domestic luxury market, saw a sales decline of 11 percent last year.

If China adds luxury items like handbags to its consumption tax list, as it is currently considering, further drops in business can be expected, Goldman said.

"The impact of the government's anti-corruption measures in 2013 has been longer and bigger in scope than expected," said Deutsche Bank. "High-end spending should be supported by the development of a middle income class for the future (instead of the culture of 'gifting') anyway." 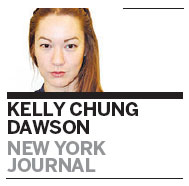 However, Bain & Co reports that the womenswear and shoes markets continue to grow at a rate of 8 to 10 percent. Female shoppers now comprise around half of all Chinese luxury buyers, Bain said, representing an enormous growth from 1995, when 90 percent of luxury buyers were male. The global average today is two-thirds female, so the trend will likely continue.

Luxury brands have responded in kind, shifting their focus to cater to female shoppers. Hugo Boss, Coach and Tod are all in the process of expanding womenswear options in the Chinese market.

"China's luxury market has quickly changed from land-grab to steady focus on consumer experience and 'like for like' sales," said Bruno Lannes, lead author of the Bain report. "The mindset among global brands here is changing from men's categories and accessories to women's categories and fashion. Brands are preparing for this major shift."

In order to counteract that trend, luxury brands are being forced to adjust their strategies, said Mario Ortelli, an analyst with Sanford C. Bernstein, in an interview with BusinessWeek.

"It's a rebalancing of the consumption between females and men," Ortelli said. "Women are becoming more independent, becoming richer, and so are buying for themselves. You can postpone the buying of a watch or piece of jewelry, but if you have an important dinner today, you don't go to Hong Kong to buy your dress."

Targeting female shoppers on the appropriate mediums - microblogs, mobile apps, company websites - will also boost exposure, for a demographic that prefers to be well-informed before purchasing items, Bain said.

"Brands have to master a broader set of management skills to succeed in China now," Lannes said. "There are three new imperatives coming from the increased sophistication of Chinese shoppers: changing focus to managing fashion lines, merchandising and inventory; tailoring customer strategies to multiple segments; and, training store staff to provide the best customer experience for these diverse and increasingly more sophisticated Chinese shoppers."