E-bikes: a solution to pollution, or just a public safety hazard? 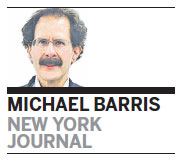 In China, it's not uncommon to see electric bicycles, or e-bikes, racing down roadways, keeping up with the heavy automobile traffic. No testing requirement exists for e-bike drivers, and the cost in human terms is grisly.

In 2007, there were 2,469 deaths in China from electric-bicycle accidents, up from just 34 in 2001, according to government statistics. That's 4.1 percent of the 60,000 deaths China sees from road accidents each year, according to police statistics. The US, by comparison, had about 33,000 road traffic deaths in 2010, according to the World Health Organization's (WHO) 2013 road safety report.

E-bikes were involved in 57 percent of serious nonfatal road accidents in a hospital in Suzhou, Jiangsu province, according to a Peking University-led research study conducted between October 2010 and April 2011. Some 36 percent of injured riders suffered traumatic brain injuries, according to the study.

E-bikes are "involved in crashes at a very high level," possibly because of their speed, according to

Brent Powis, a WHO road safety consultant. The users tend to be former cyclists who are ignorant of traffic rules and prone to "lots of risky behavior and a lack of risk awareness," Powis said.

China has become a giant test case for the electric-bicycle revolution. But can it prevent this potential solution to the country's transport and pollution problems from becoming a public health risk? That is the question.

Electric bicycles were around for a couple of decades before China embraced them wholeheartedly. Today, some 200 million Chinese ride e-bikes. Around 90 per cent of the world's e-bikes were sold in China in 2012, according to Colorado consulting firm Navigant Research. Another 249 million are expected to be sold in the country by 2020.

Rechargeable e-bikes began appealing strongly to residents as Chinese cities began limiting the number of cars on roads to hold down pollution. Although e-bikes can travel up to 40 km/h, authorities tend to regard them as bicycles.

China's e-bike industry started in the 1960s but the battery and engine technology of the time was deemed unsuitable. With China's opening of relations in the West came an effort to popularize e-bikes. As a 1990 ban on motor scooters and mopeds kicked in, electric bikes gained government support. An epidemic of severe acute respiratory syndrome, or SARS, in 2003, drove up e-bike sales as commuters sought an alternative to crowded public transport, where germs spread quickly. Unfortunately, e-bike fatalities rose, too. In 2003, 87 people were killed in e-bike accidents. A year later, 589 died.

The deaths led to a backlash. Some cities imposed bans on e-bikes or handed out tickets for e-bikes that violated weight and speed restrictions, or didn't have proper registration.

There's an economic downside to the accidents as well. Road crashes cost 1 per cent to 5 per cent of gross domestic product in developing countries, World Bank president Jim Yong Kim wrote in the foreword of a March report on the growing burden of all traffic injuries.

But as pollution afflicts Chinese cities, municipal restrictions on vehicle ownership have increased.

"Simply put, e-bikes couple very low costs with very high mobility, making them very attractive," Christopher Cherry, associate professor in civil and environmental engineering at the University of Tennessee, who has researched the two wheelers in China, was quoted by Bloomberg.

In the end, road safety proponents aren't arguing for fewer e-bikes - just more regulation. "Helmets, driving lessons, road safety rules - how they tackle this can define the direction of green transportation around the world," Powis said.

Riders' willingness to be responsible - that is, making an effort to be aware of what's around them at all times - ultimately will determine the resolution of this issue.